On February 28, 1958, a 26-year-old preacher from rural Pennsylvania disrupted a highly publicized murder trial in New York City. Reverend David Wilkerson had driven 8 hours from his quiet farm town into the chaos of downtown Manhattan for one reason – to reach these men with a message of HOPE. 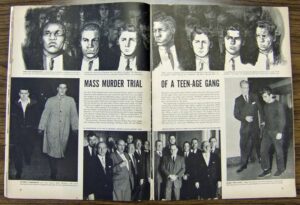 Over 60 years ago, Rev. Wilkerson came across a Life magazine article displaying members of an NYC gang on trial for murder. The artist had captured the hatred and despair in their faces, and David found himself brought to tears. He was moved with compassion to reach these young people with the message that God loved them unconditionally – right where they were – and wanted to give them hope for a better future.

In a grave attempt to connect with them, Wilkerson drove to New York and rushed to the front of the courtroom at the close of trial proceedings, pleading publicly with the judge for permission to meet the teenage defendants. The media was everywhere, and the small-town pastor unwittingly made himself the source of headline news throughout New York City – ending up on the front page with Bible in hand! The judge had been receiving death threats during the trial, and Wilkerson was almost arrested as a presumed assailant. Although David’s goal was a just one, the judge later refused Wilkerson’s request to see the boys and ordered him never to return to his courtroom.

David did not give up. He knew God wanted him in New York City. He spent time on the streets, getting to know those that lived there and how they survived. He discovered countless young people living in a downward spiral of hate, fear, and addiction. They desperately needed help, and someone or something to believe in. Rev. Wilkerson knew that God could make a radical change in their life for the good. 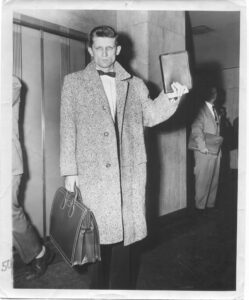 Wilkerson documented his first experiences in New York City in his best-selling book, The Cross and the Switchblade. The novel was adapted to motion picture in 1969.

Today the one-time rural preacher is known as the founder of a international drug rehabilitation program called Teen Challenge that has one of the highest success rates anywhere in the world. Since it’s first center opened in New York in 1960, Teen Challenge has grown to over 1400 locations in 129 countries.

The cause of Teen Challenge has spread all over the world, reaching out to people trapped in all types of addictions. In many areas of the globe, the program is for more than just teens, focusing on adults 19 and up, families, or single parents.

Teen Challenge is one of the most successful programs of its kind, and has been for over 60 years. Our continued victory is not because of the “program” itself, but because of the belief that God, through a relationship with Jesus Christ, can dramatically change lives. We believe in a Creator who knows our hurts, struggles, and deepest desires – and if we submit ourselves to Him, He will give us a life full of purpose, greater than anything we could have asked or imagined.

Add Impact to Your Inbox!